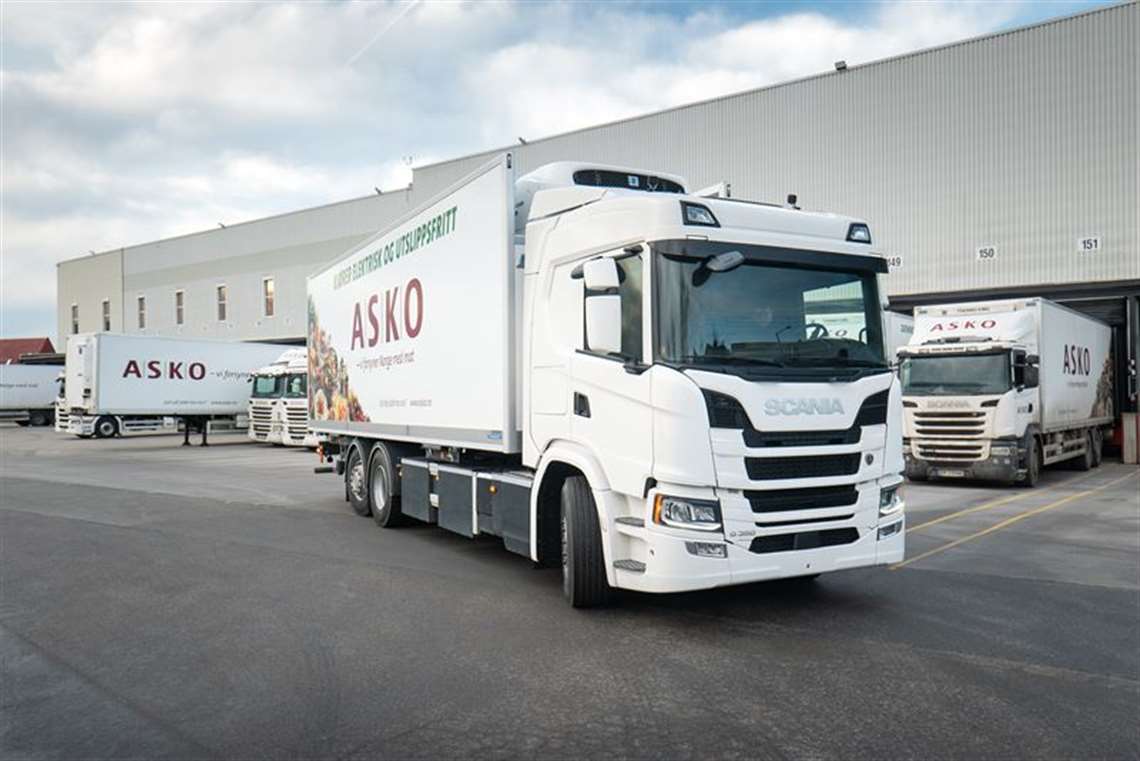 Scania and Norwegian food wholesaler ASKO have a long-standing collaboration in delivering high-performance trucks. Based on that close relationship, the two companies are jointly exploring new electrification technologies. Scania will now deliver up to 75 battery electric Scania trucks to ASKO over the next three years.

Earlier this year, ASKO started operations with four hydrogen powered fuel cell electric Scania trucks and in February, ASKO added two battery electric Scania distribution trucks to its fleet. ASKO has now – within its three-year framework agreement with Scania for 2020-2022 – stated its intension to order up to 75 battery electric trucks.

“Our goal is to have an emission free fleet of trucks by 2026. The battery electric trucks from Scania are an important step on the journey towards fossil free transports for ASKO,” said Torbjørn Johannson, Chairman of the Board, ASKO Norge AS.

“It is highly gratifying that progressive companies are now taking concrete steps in moving away from carbon-emitting heavy vehicles,” said Scania President and CEO Henrik Henriksson. “ASKO is making the kind of commitment that is needed to reach the Paris Agreement target of limiting global warming to, preferably, 1.5°C.”