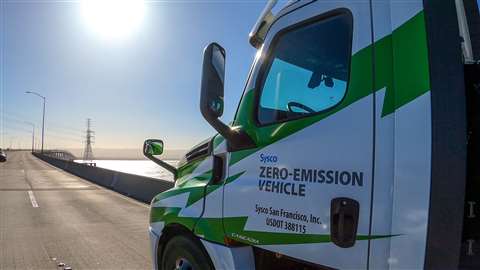 Sysco has signed a letter of intent to acquire up to 800 Freightliner eCascadia electric trucks by 2026. (Photo: Freightliner)

Sysco specializes in selling, marketing and distributing food products to restaurants, healthcare and educational facilities, lodging establishments and other customers who prepare meals away from home. The company, which operates 343 distribution facilities worldwide, operates one of the largest trucking fleets in the United States, with around 14,000 delivery vehicles consisting of tractors, trailers, vans and panel trucks.

Sysco aims to power more of its tractor fleet with alternative fuels, and the deployment of Freightliner eCascadias along with refrigerated trailers will play a significant role in achieving its goal to electrify 35% of its U.S. fleet by 2030.

The company began testing the eCascadia in late 2020, operating an eCascadia in daily operations from its San Francisco operating site through January 2021. The company also participates in the Freightliner Electric Vehicle Council, a group of customers which has worked with Freightliner to identify and address all potential hurdles to large-scale deployment of commercial battery electric vehicles. 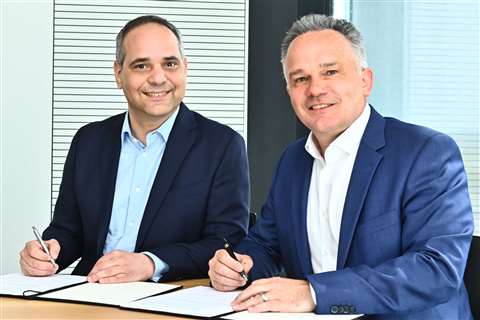 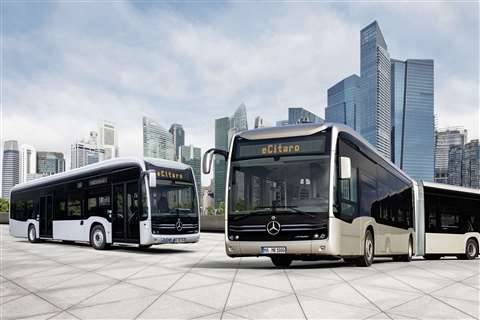 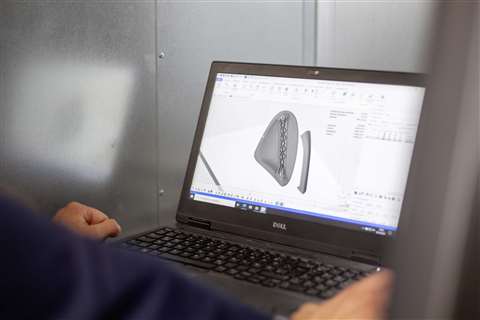 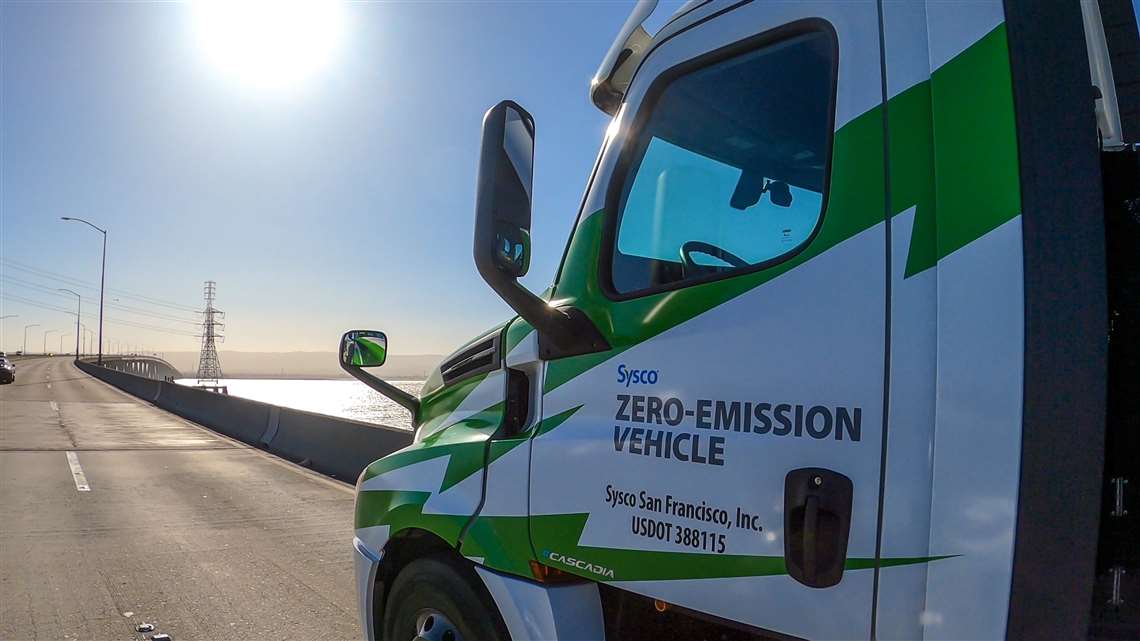 Sysco has signed a letter of intent to acquire up to 800 Freightliner eCascadia electric trucks by 2026. (Photo: Freightliner)
Previous Next ×